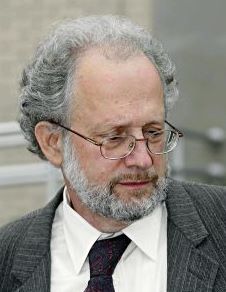 Kim Darrow was an attorney with the Special Litigation and Appeals Unit of Mental Hygiene Legal Service (MHLS) in New York. Devoted to his clients and his work, Kim defended people against forced electroshock and forced drugging and fought for the freedom, rights and dignity of people who were labeled, confined, mistreated, or abused in the name of psychiatric "treatment." Kim was a brilliant and dedicated advocate with the unshakable conviction that his clients deserved the very best from their lawyers.

He received a B.A. in Philosophy from the State University of New York at Buffalo in 1969, and a J.D. from St. John's University School of Law in 1978. He worked for MHLS from 1982 until his retirement in 2011. Kim co-authored (with Dennis Feld) a two-part series entitled "IOC involuntary outpatient commitment in NY: What Price Refusal?,"which appeared in the NARPA Rights Tenet. He was an avid hiker and nature enthusiast.

Crayolaphobia (The Ballad of Kim Darrow), a poem based on actual events that transpired in Kings County Supreme Court, 'Mental Health Part' in the mid-1990s.

Dennis B. Feld and Kim L. Darrow, Forced shock and the First Amendment: a memorandum of law in support of the right to have your voice heard, NARPA Rights Tenet, Summer 2002, p. 4.